An Ecumenical Accompanier has won a prestigious music award for a song about the situation in Palestine and Israel.

Penny Stone took part in the Ecumenical Accompanier Programme in Palestine and Israel (EAPPI) in 2010 and from her experience the song “Breaking the Silence” was written and won the Alistair Hulett Memorial Trust Song Competition. The mission of EAPPI is to accompany Palestinians and Israelis in their nonviolent actions and concerted advocacy efforts to end the occupation. The role of participants in the programme includes monitoring and reporting violations of human rights and international humanitarian law; supporting acts of nonviolent resistance alongside local Palestinian and Israeli activists; offering protection through nonviolent presence; engaging in public policy advocacy and standing in solidarity with the churches and all those struggling against the occupation.

The words of the song, â€œBreaking the Silenceâ€, are taken directly from testimonials of Israeli Defense Force soldiers as they speak out against the very things that they have done. These have been collected by an Israeli peace group, Breaking the Silence, in order to help wider Israeli society understand the nature of the occupation.

The song is not the limit of Penny Stoneâ€™s creativity. Last year she and fellow EA Karen Chalk performed a sell-out dramatical/musical show, Still Life, in Edinburgh. It is based on their experiences of living in the West Bank for 3 months.

You can support the work of EAPPI by donating here. 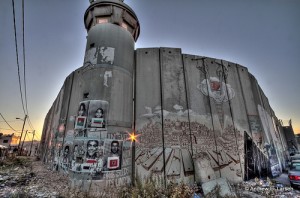