From 10-12 June, Woodbrooke Quaker Study Centre will host a Soulcraft weekend for men, led by Peter Fishpool and David Williams. Peter Fishpool has led groups and arts work in many contexts. He has written in The Friend about men’s rites of passage and on accompanying his wife, Jenny, to her death from brain tumours. His day job is as chief executive of a religious education charity. Peter talked to Nayler about the Soulcraft weekend.

What is the Soulcraft for men weekend about?
It is an opportunity for men to go on a bit of a journey together. We’ll be walking alongside reviewing the landscape of our lives. There will be places where we turn aside and take up some activity, sometime raucous like drumming or dancing, sometimes practical like making images, sometimes ruminative like around a campfire under the stars, sometimes private like working on our individual journal. We will sit together and ‘chew the cud’. I hope the journey will bring us to new vantage points and free us to make new discoveries about ourselves. It will be an opportunity to reflect on how we are, who we want to be and our relationship with the Divine.
Â
Why do men need a separate event?
I’m not sure all men do. At the first large event for men I attended I noticed I was kind of scared. Here I was throwing myself into the crowd of men when normally I chose to share my more sensitive thoughts only with women. I realised that the competitativeness that had been developed in my male ego meant that I did not really trust other men. In those days I simply would not choose to open out my intimate reflections with other guys. Part of why I wanted to attend a men only event was to give myself no excuses, but to find a way of talking about the big things of my life with my fellows. Then the anonymity of a big crowd comes in useful. Sometimes participation in men’s events has been very challenging for me but I have always valued the experience – afterwards. It has made it possible for me to recapture all kinds of good things about what it is to be male when I had sometimes felt I should feel guilty about being a bloke, or that men were second rate or masculinity was not well, quite politically correct.
Â
Who set you off into leading this Soulcraft weekend?
I work in education and had been talking to a colleague about disfunctional young men whom I knew. Guys who had dropped out of college, tried to find work but never settled, perhaps had some sort of a breakdown and were just limping along not seeming to climb over the gate into adult society. I made a comment about how primitive societies had iniatiation rites to help teenagers adjust to the responsibilities of adult manhood. My colleague said I should read up on Richard Rohr whom he had heard speak about this at Greenbelt. Richard is an American Franciscan, a wonderful teacher. I read three or four of his books and then discovered via the web that there was a UK group putting some of his menswork into practice ‘Mens Rites of Passage’. They had a five day retreat set up in the Lake District, so I booked in. And it turned out to be just amazing. I wrote three articles about it in The Friend afterwards. Richard led me to Bill Plotkin who makes great use of the American wilderness in the retreat work he leads. Earlier this year I sampled some very interesting work by the ManKind Project.They have developed an incredibly intricate group process. It is designed to help you bring your shadow into the light – and move on. I had ran some sessions for men at YM in York in 2009 with David Saunders. They had a good response so I asked Woodbrooke if we could try a residential weekend here in Birmingham. They have to plan so far in advance it takes a while for the event to come round. It is soon now, 10-12 June.Â
Â
How might I benefit if I came on the weekend?
It will be like I said, a bit of an adventure! I will ask you to trust the process and see where it takes you. I hope we will build up the group into being trusty companions with whom we feel honoured to do some soul sharing. I hope the weekend will enrich our sense of what it is to be a Quaker man, to move from wildness towards wisdom, to recognise better how we can elder our youngers and that we will come away celebrating our spiritual gifts as men.

For more information about the Soulcraft weekend for men at Woodbrooke Quaker Study Centre, visit the Woodbrooke website or telephone 0121 472 5171. Course costs are from Â£126 and bursary help may be available. 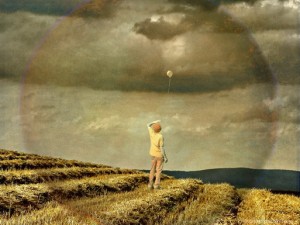 One thought on “Soulcraft for men”