In June 1660 Margaret Fell delivered to Charles II a paper directed to the king and both houses of parliament, making clear the corporate testimony of Friends ‘against all strife and wars.’

Introduction to 19.46, Quaker Faith and Practice

Earlier this year Meeting for Sufferings received an invitation from Buckingham Palace to present a loyal address to the queen on the occasion of her diamond jubilee to be delivered on 27 March 2012. To treat an individual differently because of the family into which they were born is against our testimony to equality. Yet, as with many issues within Quakerism, various views have been expressed about the address within the Friend and elsewhere. I am taking this opportunity to present my personal experience as a member of the party that attended the event as a representative from Young Friends General Meeting. This article is not a factual report of the event but the results of my reflections on my experience and therefore has been much more difficult to write.

You may not be surprised to hear that initially I was excited. Buckingham Palace is a beautiful building with a significant place in the history of this country, which I had not visited before. Along with Elizabeth and Philip other famous people were in attendance including Rowan Williams, John Sentamu, Jonathan Sacks, Tracey Emin, Paul Nurse, Boris Johnson and Mervyn King. But I understood that these people were just that, people, in fact the event aided this understanding as I was able to see the person being addressed as a wife, mother and grandmother, not a distant figure on the television.

Since I started regularly attending Quaker Meeting I have been interested in Margaret Fell, and so this felt like an opportunity to walk in her shoes. However, unlike the message Margaret took to the king, we were going to bring a more unsettling message highlighting the Quaker commitment not only to peace, but also to equal marriage and sustainability. Most of the other addresses were empty compliments to the queen and subsequently there is nothing of significance to report from the other addresses. I firmly believe that our address was the most relevant to society today. Speaking Truth to powers including the Church of England, the Free Church Group, the Board of Deputies, The University of Oxford, The University of Cambridge, the Royal Society, the Royal Academy of Arts, the City of London and the Bank of England as well as the queen. All of these bodies heard the Quakers speak Truth which they may not have wanted to hear.

The 27 bodies in attendance were known as privileged bodies including the Quakers. Many of you will have flinched at the description of Quakers as a privileged body, as I did, however no-one seems to be able to identify how this status arose. I cannot imagine that Quakers sought privileged status; it is much more likely to have been granted to us. In which case I feel it was our responsibility to make best use of our privilege, which I feel we did.

My abiding memory is of the response online and in the press, which has been the most challenging and required greatest reflection. Comments on the Quaker involvement with the address demeaned Elizabeth Windsor, those who wrote the address and delivered it. On reflecting on these comments one word has come to me most often, love and specifically agape, which I really did not expect. Agape is one of the four types of love in the Bible meaning the selfless unconditional love of God to humanity which is referred to in John 13: 34 ‘…Love one another. As I have loved you…’ Quakers may be better associated with philia (as in Philadelphia) one of the other Biblical types of love, brotherly love, however, we are called to agape as well as philia.

Quaker Faith and Practice in 22.01 and 27.02 state that love is the first motion and the hardest lesson to learn, if we can recognise that there is something to love in everyone (that of God in everyone) equality is a natural progression from these thoughts. Similarly, the peace testimony which led Margaret Fell to address the king comes from agape love, as how can you harm or kill another human being if we are called to love them unconditionally. I believe that the Quaker Council for European Affairs leaflet A Quaker Vision for Europe summarises the efforts of the address ‘…if we speak directly to the best in people, their best nature has a chance to respond.’ I conclude by echoing the address and pray that God’s light may continue to illuminate all our paths. 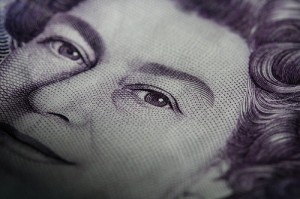 2 thoughts on “Quakers and the queen, the first motion?”