In May 2006, 2008 and 2010, Quaker meetings across Britain took part in a series of surveys. This is a synopsis of the final, eleven-page, 10/2010 summary report on them all. The authors will publish a full report sometime in the future.

Not all meetings that took part answered all the questions. Sometimes, the figures are not entirely accurate, as meetings were not always clear what was being asked. For example, when visitors were referred to, some meetings included seekers and enquirers, as was intended, but others included visiting Friends from other meetings, which was not.

The median membership of meetings was 34 in 2006, 37 in 2008 and 38 in 2010 with an increasing number of attenders (11, 12 and 14). Women continue to be in the majority although there were more men recorded in 2008 and 2010 than in 2006.Â  While adult membership was broadly unchanged, there was a marked decline in the number of children associated with meetings.

The average number of members attending business Meetings is declining, from 8.8 in 2006 to 8.3 in 2010. However, with a declining membership base, the percentage attending has held up: members 28.3% in 2006 and 28.7% in 2010. The number of attenders present has remained constant over the period at 11.6%. Almost 39% of meetings reported that they hold business meetings every month, with the next most common being once every two months at 17.8% of meetings. However, so many notes of exception were made in the returns that the authors go so far as to say that, â€œthere is strong suspicion that few, if indeed any, meetings actually do hold business monthly!â€ 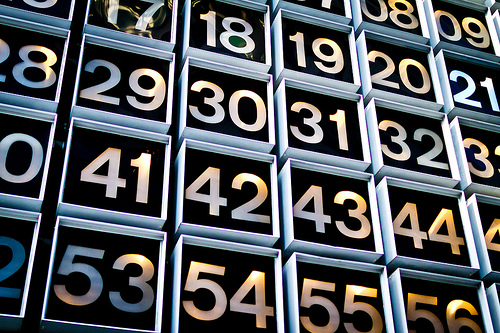 Over the period of the study, attendance at Area Meetings has fallen with a mean average of 27.4 in 2006 to 22.8 in 2010. The average number of attenders taking part in Area Meetings has remained constant at about 2.5.

vÂ  The number of people who do attend Meeting for Worship on any given Sunday is just over one third of those who could. In the early 21st century, is this good or bad?

vÂ  The number of seekers or enquirers is tiny. Are we doing enough for outreach?

vÂ  The number of children associated with Meeting is falling and the number of Meetings that hold childrenâ€™s classes is considerably lower than those meetings reporting children on their lists. Why is this?

vÂ  Participation in Business Meetings at both local and area level is an even lower fraction of possible members than attendance at Meetings for Worship.Â  Should we be grateful for those that do attend or sorrowful that more, especially attenders, do not?

vÂ  Some Meetings try to create an appointment for everyone as a way of involvement. Is it good to do this or are we becoming so busy with organisational affairs that energy is being taken away from Meeting for Worship and spirituality?

This article was first published in the newsletter of Southern East Anglia Area Quaker Meeting.