I listened to the ministry by Geoffrey Durham at Britain Yearly Meeting and later nearly stood to speak myself. Â But the moment passed. Â Iâ€™m a new member (since February). Â What could I say?

I reflected that not too many months before and only a few yards away I had heard Geoffrey speak when I was attending Quaker Quest. Â Time rolls on.

Geoffrey spoke with enthusiasm. Â Among the older definitions of enthusiasm (from its Greek etymology) is â€˜divine inspirationâ€™ or â€˜possessed by Godâ€™. Â I remembered being told this by an inspirational teacher of Italian (Trudi Berger).

We (all of us, just Quakers? OK, most of us) are rightly wary of too much enthusiasm. Â We are wary of â€˜raptureâ€™, ecstatic trance and dance, shamanic practice, perhaps pentecostalism, speaking in tongues, the certainty of â€˜those who knowâ€™ and so on. Â This doesnâ€™t mean these things are wrong, just that we are (rightly?) wary of them. Â In the â€˜christian foldâ€™ this wariness can be found right back in Paul (for example I Corinthians: 12-14).

The early Quakers must have been much influenced by this teaching of Paul but they did not follow all of it. Â Especially those parts (14: 34-36 and 11: 3-15) which speak of women! In due course, beginning with Fox and Margaret Fell, they rejected that part of Paul as being of his time and his view, of the letter and not the spirit. Â They recognised that Paul could be wrong as well as right, that that must apply to all scripture and you could only discern what was right (for you, for your time and place?) through the spirit or through the heart â€“ just as Paul also taught. Â Fox said that he did not find what he was looking for in the Bible â€“ but after his opening to the spirit, then he did find it in the Bible. Â So it is for us today. Â Quakers do not give primacy to Scripture but can find support in scripture and test their â€˜leadingsâ€™ against traditional teachings, being wary of literalism. Â (If some Quakers do give primacy to scripture then we might question whether they are being true to the early Friendsâ€™ message?). Â Some of us might feel that this â€˜freedomâ€™ from rigid application of scripture, or literalism, is entirely consistent with the teachings of Jesus as presented in the gospels â€“ and that exceptions to this can be explained (not explained away) in a variety of ways after careful reflection, including the possibility that in some cases there might be mis-attribution or misreporting, possibly to a later agenda.

In II Corinthians 3: 5-6, Paul says (or, if you prefer, it is claimed that Paul said) â€œnot that we are sufficient of ourselves to think anything as of ourselves; but our sufficiency is of God; who has also made us able ministers of the new testament; not of the letter, but of the spirit: for the letter killeth, but the spirit giveth lifeâ€. Â (And today we quote this from the Elders of Balby â€“ still a Quaker meeting near Doncaster today â€“ in 1656). Â Paul follows at 3:17-18 with â€œNow the Lord is that Spirit: and where the Spirit of the Lord is, there is liberty. Â But we all, with open face beholding as in a glass the glory of the Lord, are changed into the same image from glory to glory, even as by the Spirit of the Lordâ€.

Quakers may not have a creed or articles of faith, but perhaps, partly in relation to the â€˜disciplineâ€™ of which Geoffrey spoke, it is time to find, not 100 â€˜fundamentalsâ€™ nor a conflation of the exciting variety of â€˜Faith and Practiceâ€™ which exists from Yearly Meetings around the world, but a simple form of words which gives some coherence to ourselves and newcomers in explaining what nearly all or most Quakers might generally assent to. Â Not to be affirmed or â€˜signed up toâ€™ and certainly not a requirement for membership but, as the Elders of Balby said: â€œDearly beloved Friends, these things (for example, Advices and Queries) we do not lay upon you as a rule or form to walk by, but that ALL, with the measure of light which is pure and holy, may be guided; and so in the light walking and abiding, these may be fulfilled in the Spirit, not from the letter, for the letter killeth, but the Spirit giveth lifeâ€.

Such a form of words would not be a replacement for â€˜Advices and Queriesâ€™ and need not be a â€˜nutshellâ€™ but perhaps a kernel or seed from which those outside the Society, and even ourselves, might be led to enquire further and explore their own spirit in the spirit of the quotation from Penington that Geoffrey gives.

John Lampen attempted this in a pamphlet â€˜Finding the Wordsâ€™ (Finding the words: Quaker experience and language Stourbridge, The Hope Project – [2007] (8 pages)) which I think is available from Woodbrooke.

I would like to attempt such a finding of words myself but hope that others might come forward with their ideas. Â What does it mean to be a Quaker (any kind of Quaker?) today? Â But would want to keep in mind the claim of Quaker Universalists that ‘Spiritual awareness is available to everyone of any religion or none’ – very much in the spirit, I think, of Penington and Penn.

Trevor wrote this post in response to Geoffrey Durham’s prepared ministry at Britain Yearly Meeting in 2012. Trevor’s blog is Not Oats. 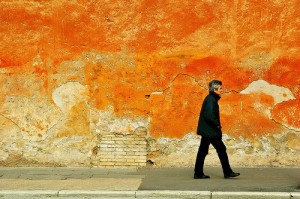 8 thoughts on “To be a Quaker today”