Imagine that your child is sick. You do everything that you can to care for him but it is not enough.

You take your son to the local district hospital but he doesnâ€™t respond well. Not to worry, someone says, you can take him to a larger hospital. Fine, you say. Youâ€™ll take him. You would do anything for your son.

But the larger hospital is almost 360km away. Youâ€™ll go though. Anyone would. You pack up some possessions and some provisions for the journey. It is a long way to go and you donâ€™t know how long youâ€™ll be. Who should go with you and who should stay? Eventually, you settle on travelling with your son, you wife, an aunt and a nurse who can care for your son.

Finally, you are ready to go. You set off into the unknown.

All goes well, until around 160km from your home you are set upon by bandits. They have guns and strong sticks. They demand your money and your mobile phones and begin to beat you.

This week, an evangelist with the Turkana Friends Mission in Kenya was in this situation. (Turkana is in north-west Kenya.) When I heard about his circumstances I was amazed at this manâ€™s faith. This is his story.
â€œAs they were beating me I told them that I am a preacher who spreads the word of God to the Lost and I am now taking my son to the hospital. I told them that I have nothing for them and the only thing that I have and that I should give them is this. I took from my wallet my King James Bible and gave it to them and after seeing that I have given them the wallet they thought that I have given them a wallet full of money and they stuffed it into the pocket. They took [approximately] 1,200 Kenyan Shillings [around Â£8.50] from the nurse.

â€œImmediately after taking the Bible, a lorry came full of people and the bandits ran away leaving us. We reported the matter to [the police post] where we recorded the statement. That was where we confirmed the death of my son. The boy was in the oxygen but when we were beaten the pipe was put into the nose of the child came out and that caused his death.
â€œI think the Lord wanted me to take the word of God (BIBLE) to the bandits and thatâ€™s was why the boy didnâ€™t die early until that time that those bandits received the Bible.
â€œWe have buried the body.
â€œThe sad news is that my son is dead but the good news is that the bandits have received the word of God and they have received it. Letâ€™s pray for them so that they can read it and turn to the Lord.â€

I hope and pray that I may have this manâ€™s courage and faith in the face of adversity.

For me, beingÂ a Quaker comes down to that of God within me and within others. All our activities and practices, even our worship, aren’t the core, though many of them do help to bring us closer to God.

When the call came toÂ this evangelist heÂ stoodÂ his ground, our ground,Â and answered that of God in himself, and in his adversaries, despite the catastrophic situation occuring around him.

Please pray for this family and as the evangelist asks, please pray for the bandits. This story comes from within the world family of Friends and the events described occurred on 10/05/2011.

To give financial support for the continued work of the Turkana Friends Mission, please visit the website of Friends United Meeting at http://www.fum.org/contributions/index.html and indicate that your donation is for â€œTurkana Friends Missionâ€. Please respect that funds are not being raised for the evangelist or his family (and have not been requested), but will be sent for the continued work of the Mission. 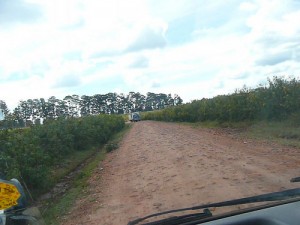 2 thoughts on “Courage and faith”