The judgment came in the case of Bayatyan v Armenia. In the light of this decision Amnesty International, Conscience & Peace Tax International, International Commission of Jurists, Quaker United Nations Office Geneva and War Resisters’ International call on Turkey and Azerbaijan, the only two parties to the Convention who do not yet provide for conscientious objection to military service, to take immediate steps to do so. Moreover, they say, Armenia should amend its Alternative Service Act to ensure that it provides a genuine alternative service of a clearly civilian nature, which should be neither deterrent nor punitive in character, in line with European and international standards.

The European Court of HumanRights has interpreted this right to conscientious objection to military service in line with the long-standing interpretation of the equivalent provisions of the International Covenant on Civil and Political Rights by the UN Human Rights Committee, the body set up under that treaty to monitor states partiesâ€™ compliance with its provisions.

The Bayatyan v Armenia case concerned a Jehovah’s Witness who was sentenced to two and a half years in prison following his refusal of military service on the grounds of conscientious objection. Amnesty International, Conscience & Peace Tax International, International Commission of Jurists, Quaker UN Office and War Resisters’ International submitted a joint third party intervention (http://quno.org/humanrights/CO/coLinks.htm#QUNOPUB) to the Grand Chamber, which highlighted the UN Human Rights Committee’s long-standing position that conscientious objection to military service is protected under the right to freedom of thought, conscience and religion. 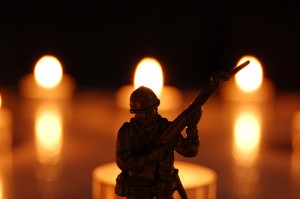