Quakers in Britain have celebrated the completion through parliament of the bill that will allow same-sex couples to marry in Quaker meetings.

Paul Parker, recording clerk for Quakers in Britain, said â€œItâ€™s wonderful to see same-sex marriage achieve legal recognition.Â  Quakers have been celebrating same-sex relationships as marriages within our faith community since 2009 and are delighted to see the law catch up.Â  For all of us, whether we are in same-sex or opposite-sex relationships, equality just came a big step closer. Quakers have campaigned for the Marriage Bill because of our deeply held belief that we see the light of God in everyone which leads us to respect the inherent worth of each individual and each loving relationship.

â€œThe voice of minority faith groups has been heard on this,â€ continued Paul Parker. â€œWe respect others who do not yet share our view. For Quakers, this is a matter of religious freedom.â€

During the House of Lordsâ€™ debate, Liberal Democrat Sarah Brinton said: â€œThe Quakers, as ever, set the pace on this. In 1963, in their paper,Â Towards a Quaker View of Sex, they said:Â â€˜Surely it is the nature and quality of a relationship that matters; one must not judge by its outward appearance but by its inner worth â€¦ We see no reason why the physical nature of a sexual act should be the criterion by which the question whether or not it is moral should be decided. An act which expresses true affection between two individuals and gives pleasure to them both, does not seem to us to be sinful by reason alone of the fact that it is homosexual.â€™â€

The first Quaker marriages under the new law in England and Wales are expected next year with the first Quakers lodging their intent to marry with their local Quaker meeting on the same day that the bill received royal assent. 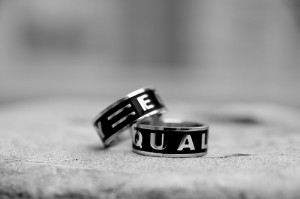