Quaker support for young Zimbabweans is set to continue, it has been announced, despite the forthcoming closure of the The Hlekweni Friends Rural Service Centre in Zimbabwe later this year. 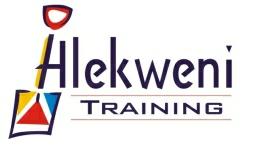 Friends of Hlekweni, the British charity that supports the activities around Hlekweni near Bulawayo in southern Zimbabwean, has made the announcement that their support for students at the Samathonga School is set to continue despite the board of the Rural Service Centre taking the tough decision to close their college.

A lunchtime feeding scheme at the school has been extended to include breakfast feeding, providing extra nourishment for students. The World Food Programme has in the past recognised the importance of such schemes as providing benefits beyond keeping children and young people in education to include â€œgender equity, poverty and hunger reduction, partnerships and cooperation, HIV/AIDS care and prevention and improvements in health and other social indicators.â€

Donations to Friends of Hlekweni have enabled the charity to extend support to other schools in the district of Kezi, including helping with secondary school fees and university fees for some students as well as supporting the Zimbabwe Food Relief Action and the Zimbabwe Secondary Bursary Fund.

The opportunity to continue supporting young people through these schemes is set to boost supporters of the charity despite the news that the Rural Service Centre will close after the current cohort of students graduates in 06/2014.

The centreâ€™s board took the decision to close Hlekweni in the face of rising debts and external obstacles to restructuring. There remains hope that another non-government organisation may be able to take over the centre to operate it with a different and sustainable business strategy and that farmland may be leased out.

Breaking the news to local staff earlier this month, the chair of the board said: â€œWe recognise that Hlekweni is not just a workplace. It is a community … In southern Matabeleland, Zimbabwe, and across the world are people who have supported Hlekweni with their time, money and prayer. There are so many people who have gained livelihoods from their training here at Hlekweni. The community of people who will mourn this day extends thousands of kilometres beyond the farm fences.”

Lee Taylor, clerk to the Trustees of Friends of Hlekweni, acknowledged that it was a difficult time: â€œthe board decision is sad for those of us who have been committed to the work of Hlekweni and its Quaker ethos.â€ However, she also praised the food schemes and other initiatives that will continue to support young people in the region, which she witnessed first hand during a recent visit: â€œI was able to see most of the young people we are supporting through secondary school and university. Friends of Hlekweni Trustees are already thinking about the next phase of our activities to help support young Zimbabweans.â€

Hlekweni Friends Rural Service Centre was established in 1967 in partial response to the needs of young primary school leavers who were unable to go on to secondary education and could not find formal employment as â€œan expression of hope and faith in the futureâ€. Hlekweni, meaning â€˜place of laughterâ€™, was a realisation of that hope and it was said from the early days that although staff had the training, it was the trainees who had the experience and emphasis was put on the trainees realising their potential and being able to rely on themselves. Samathonga Primary School began from the community of farm workers in the area. Over the years the education focus at Hlekweni changed to reflect changing societal needs and management changes took place as attempts were made to develop a sustainable business model.