In this short and engrossing book, Small change big deal, Jennifer Kavanagh explores some of the major themes in recent spiritually- and ethically-based thinking about the problematic nature of our current financial systems. She does this through writing about a very specific area: the microcredit schemes developed by Mohammed Yunus (Grameen Bank), and her own work with microcredit.

As with many of her other books, history and other narratives are interwoven with personal experience: her own of working with poor and excluded women in different countries to develop local microcredit networks, and theirs of being part of that process. In that, it speaks to me very powerfully as a Friend: this she knows experimentally. It is also entirely consistent with her main message, which is that money is above all else a relational exchange and entity. Throughout the book, factual, analytical and case study chapters are interspersed with chapters on aspects of human relating essential to the working of microcredit: trust, impact and self-belief.

Her introduction examines the story of the Beauty and the Beast as a metaphor for our relationship to money, and how â€œattempting to take the human out of our financial system has been its downfall… [and] released the monsterâ€. In this, she echoes (among others) the 2009 Reith lectures given by Michael Sandel on Markets and Morality. In the next chapter, she outlines a moral history of money that considers currency, debt, interest and banking. It finally identifies the three main attributes of the Beast, as we have created money to be by making it an end in itself rather than the tool it rightly is: exclusion of the many, separation of financial transactions from human relationships, and making money the sole definition and measure of wealth. She then examines alternative models of community finance such as co-operatives and credit unions, which retain the personal, before looking in more depth at microcredit and the form of it developed by Mohammed Yunus. Within this she explains why groups have almost exclusively been set up for women â€“ Iâ€™ll leave you to read more about this.

At one point she describes Cynthia, the first woman employed locally to develop the Masambe! microcredit programme in South Africa, as someone with the right mix of â€œheart and disciplineâ€. This mix seems to me to be the essence of faith in action. Her examination of the schemes that she helped to start up successfully or less so reflects the necessity of getting the balance of these two elements right for microcredit to take off and become a source of self-discovery and community-building for the women participating in it.

Heart is in knowing the local context and relationships, the importance of the microcredit groups, the meaning and power of local language and the names the groups give themselves, the development of skills and self-belief, and the importance of staff members believing in the creativity, integrity and resourcefulness of the women they are working with, thinking about what the local community actually needs from new trade, the power and generosity of relationships developed in the groups, the shock and joy for group members of rediscovering and having witnessed a denigrated or ignored skill.

Discipline is in the emphasis on preparation to receive a microcredit loan, researching the local market and what is needed, finding possible buyers + orders with deposits, transport links, regular attending and accounting to the local microcredit group as a condition for receiving a loan, early and regular repayments, the limited loan amounts and low (non-compound) interest, the clearly set-out and practical action sheets for group members to use in charting their own progress, the expectation for women to move into mainstream finance once they have the capacity (this last is Jenniferâ€™s preferred model and not the Grameen model).

The stories of hope â€“ Street Cred in London, Masambe! (Letsâ€™ Get Going!) in South Africa and Yen Daakye (Our Future) in Ghana â€“ and those of stumbling â€“ Jacaranda in Madagascar and Pine Ridge in South Dakota â€“ show how this balance can be differently expressed in different contexts. Jennifer’s heart is in her conviction of and respect for the capacity in every woman she may work with to find their own seed of creativity and resource, and her adherence to the discipline of only visiting if asked by local people on the ground, and only in order to train local people to run their own programmes. I appreciated the honesty of her writing about mistakes along the way and what she learnt from them, much as this honesty about mistakes and their benefits inspired me in Wangari Maathaiâ€™s autobiography (Unbowed). 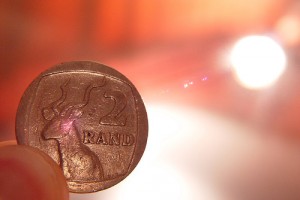 For me this book speaks of what was described in the 2012 epistle of Britain Yearly MeetingÂ  as the â€œdeeply spiritual practiceâ€ of thinking about where we put our money. In Giles Fraserâ€™s interview with Justin Welby, bishop of Durham, earlier this summer, Welby refers to Emmanuel Levinasâ€™s idea of the face of the Other being the seat of conscience. He gives this as an explanation of the negative impact of the 1986 Big Bang, where trading moved from the floor of the Stock Exchange to the computer terminal, fostering the development of increasingly esoteric and risky financial instruments.Â  This came to mind when I read the final chapter, where Jennifer writes with anger about the ways in which the label of microcredit has been appropriated and applied to schemes that do not conform to the spirit of the 16 Decisions devised by Yunus as part of Grameencredit. These schemes seek yet again to extract the human relationship from the financial in microcredit by expanding beyond the local in scale, minimising personal contact with recipients of loans, ignoring local needs and privileging the demands of distant investors, and making the creation and repayment of debt the focus instead of the development of community potential and social capital. It also puts me in mind of the study that found that the majority of allied soldiers in the second world war were found to have fired their weapons without actually aiming at another person, and how subsequent US military training worked specifically to overcome the moral power of the face of the Other. As Levinas says elsewhere, the â€œOther faces me and puts me in question and obliges meâ€.

Her writing in this final chapter is the most personally challenging in the book for the reader. What do think I am doing when I give to charity? Am I honest with myself about what this is? Is my giving to charity more a way of disconnecting rather than connecting? Whatâ€™s going on with all the newsletters and e-updates we are offered or expect from charities about the outcomes of our giving? Where is the trust and where the generosity arising from faith in human potential in our giving? If we are to â€œinvestâ€, does the return have only to be financial? What of the spiritual â€œreturnâ€ on surrendering ourselves to trust in the â€œwhole family of Christâ€ where â€œwe have [the] prospect of one common interest from which our own is inseparableâ€, as John Woolman wrote in 1763?

I would thoroughly recommend this book, for what can be learnt from it as well as for the ways in which it may afflict the comfortable in us.

Small change, big deal:Â money as if people matteredÂ by Jennifer Kavanagh is available for Â£11.99 from the Quaker bookshop and in many other outlets.