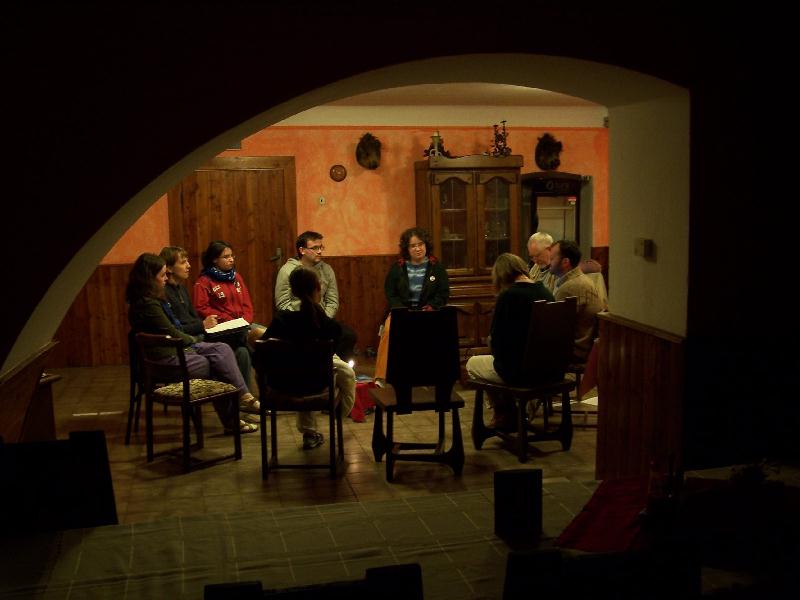 Why am I a Quaker?

I am from one of few countries in the world (Czech Republic), where majority of people do not have any religious affiliation. I grew up in such family and at the age of 17 I became a Christian through my Catholic friend. She was a good example for me, but I knew, that I cannot become a Catholic because of the overwhelming quantity of dogmas, rituals and hierarchy. I started to search an alternative and I in popular scientific book about physics and chemistry, I found something about Quakers (reading for instance about John Dalton or Thomas Young). I realized, I found what I was searching for: Christianity reduced to its very substance. Today, 15 years later, I perceive Quakerism as the most universal religion I know.

How am I a Quaker?
I try to bring the God`s light to everyday situations. Quakerism means for me, that God is not imprisoned in the Bible or in the ancient times, when miracles used to happen. I believe, Jesus was a man who came to show us on himself, what God is like. And he askes us to follow him. To follow him means for me to try to show to the other on myself, what God is like. I try to help the Quaker tradition to become accessable for more people from my nation, as there was only one Quaker in our country in the time, I became interested. I translated several booklets and pamphlets in Czech, I have some responsibilities in our meeting, I co-founded. Recently I try to introduce God my three little children, mostly in example from everyday life. The most favourite was the example with two biscuits: I explained to the two older ones (3 and 4.5 now) that Jesus teached people, that who has two XYZ, should give one to somebody, who does not have any. Then I gave two biscuits to one of them and she gave one to the other. Then I gave two biscuits to the other one… They enjoy Jesus teachings presented this way 🙂

An example of how a Meeting for Worship is conducted in our tradition.

We are a small group of four families and several other attenders founded seven years ago in Prague. Now, we are about 15 adults (about half Czechs and half foreigners) and a similar number of children. It is typical for our group, that its members live quite far away from each other, so it is difficult to gather more often than twice a month. We usually gather about 6-8 adults and similar or slightly lower number of children. Children are an important part of your meeting. Fortunately we meet in a family center, which is very well equipped and our children like it.Â  Our meetings consist of more parts. Usually we start with half an hour of singing (mostly) Quaker songs, playing piano, accordion, violin, recorder and some drums, rattles or similar things, we find in the playroom. We sing mostly in English, but we translated several Quaker songs into Czech too. Then we have a meeting for worship. Our style is unprogrammed, we gather in a small gym sitting on chairs with a small table in the middle. Sometimes with a flower and always with some books on it. We usually have spoken contributions in Czech or English and the most suitable present person translates to the other language. Sometimes our meetings are completely silent, sometimes we have more spoken contributions, often connected to each other. Then we have a potluck lunch. It is a practical thing, asÂ  our meetings are around the noon for people to have enough time to get to and from the meeting (it takes a couple of hours to some of us). The lunch is a good time for socialization, and talking to each other, because, we are quite often visited by people, who are not regular attenders â€“ or Quaker from abroad, or generally people interested in Quakerism. After the lunch we somtimes have some othe activities like mmetings for business or some worship sharing.

During the meeting for worship, some of us takes care of the children. There were first attempt to start some children program, usually led for about half an hour during the rest of the meeting, our children just play in the playroom. From September, we yould like to try the project Godly Play with our children. And Owning the Lord`s Prayer worship sharing (by Paul Buckley) with the adults.

In the next year (2011) our group will organize the Central European Quaker Gathering, during the year, we have several common activities, that, I hope, will become a tradition: Carol singing in the flat of one of our families in the evening befor the last meeting before Christmas, common weekend in autumn, or helping organizing art workshops for a society of families with children with Down syndrome.

In June 2010 we had the first Quaker wedding in our country.

Pavel wrote this article for the World Family of Friends weekend at Woodbrooke in 09/2010. 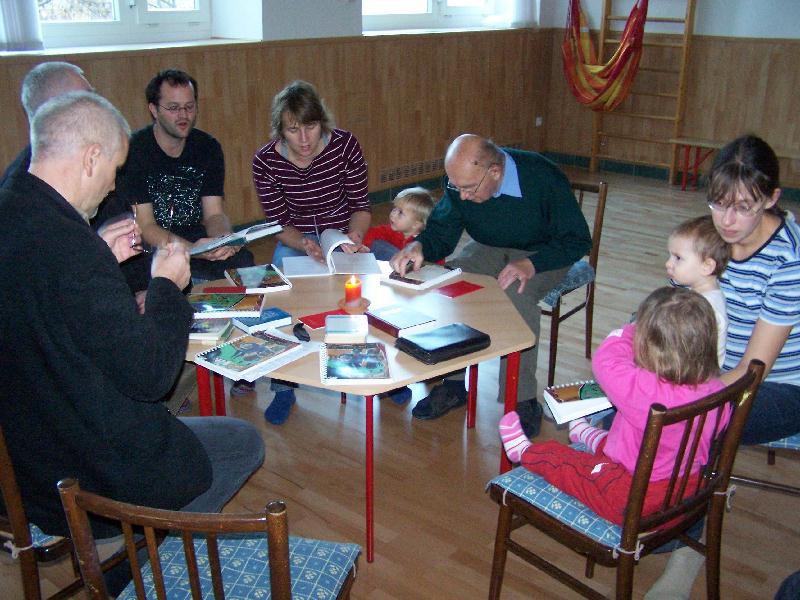 Czech Friends meet before and after worship

5 thoughts on “Why? How? Pavel MaruÅ¡inec”