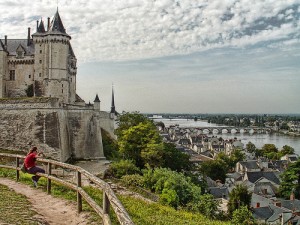 The town of Saumur in France is set to celebrate its links to Quakers and particularly William Penn inÂ fifth month ofÂ 2011, according to an entry in the calendar on the website of the Europe & Middle East Section of Friends World Committee for Consultation.

Arthur Pritchard, writing a report of France Yearly Meeting in 2010 wrote: “Edouard Dommen of Swiss Yearly Meeting told the gathering about the plans for the Loire town of Saumur to rename a square after William Penn in 2011.Â  Penn studied under MoÃ¯se Amyraut at Saumurâ€™s prestigious protestant academy which he revisited on several occasions.Â  An essay competition has been launched to examine how Saumur and Amyraut influenced Pennâ€™s ideas on religious toleration.Â  It is hoped a strong Quaker presence will join the celebrations. Edouard also led the group in a study session on the full version of the Quaker Peace testimony.Â  We were struck by how condensed the shorter, familiar version is, and the extent of Biblical reference in the original.”

The events from 19 to 22 of fifth month are taking place because a square in Saumur is set to be named after William Penn, one of the more famous alumni from the town’s protestant academy. The square is directly behind the Protestant church â€“ a scheduled national monument â€“ on the edge of the old town near the quarter where the Protestant Academy used to be located.

On Saturday 21 of fifth month there will be a public day of lectures, readings and other activities culminating in the naming. A public academic event and a concert of music from William Penn’s era are scheduled for the day before and an ecumenical service in the Protestant church is planned for the Sunday.

TheÂ essay competition was setÂ to celebrate the event with the judges including Ben Pink Dandelion of Woodbrooke Quaker Study Centre.