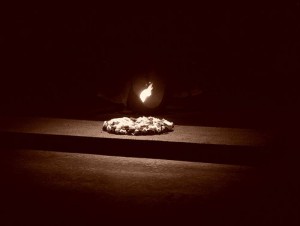 The Israeli Holocaust museum Yad Vashem has announced that it will recognise the efforts ofÂ  British Quakers who saved thousands of Jews from the Holocaust, it has been reported in the Jewish Chronicle. The decision came after eight years of campaigning by Jewish refugee Peter Kurer.

After many years of research Peter Kurer had submitted documents to Yad Vashem in order for the rescue to be recognised. Members of the Quakers paid an estimated Â£350,000 (approximately Â£17.5m at today’s prices) in guarantees to the British government to accept around 6,000 Jews into the UK. Quakers then housed and found jobs for them, including Peter Kurer and eight of his family members evacuated from Vienna in 1938.

Despite the events not having been documented by historians, over the course of eight years Peter recorded survivors’ stories into an academic paper supported by five British historians. Yad Vashem says that the paper will now join 130 million pages of historical documents in its library, where it will be catalogued and made available to researchers.

The Centre for German-Jewish Studies at Sussex University is also due to study the rescue effort.