A review of Pushing at the frontiers of change: A memoir of Quaker involvement with homosexuality by David Blamires and published by Quaker Books

David writes that â€œit is a little odd being a historian of your own lifeâ€¦â€Â  This book sets out how Quakers moved from having little particularly interesting to say about human sexuality, to our current position.Â  David Blamires was a named author of Â Homosexuality from the Inside, 1973, the first Quaker book in the UK to be by gay lesbian and bisexual people, as opposed to being â€˜about themâ€™.Â  He was closely involved with the early days of Friends Homosexual Fellowship, he was at the Monthly Meeting which asked Meeting for Sufferings to address same sex marriage in 1987, and he was one of the authors of This we can say, the book which started as an attempt to rewrite Towards a Quaker view of sex and which ended up as a second thoroughly unofficial publication.Â  He was at the Woodbrooke conference in 2007 which was on the road to York 2009.Â  Hence David can often comment on our fifty year progress from his own experience, as well as careful research in the files.

Some of the story is familiar through Quaker folk memory, but much is underreported, and if nothing else this book might balance more triumphalist accounts.Â  Let us remember that Towards a Quaker View of Sex, for example, the only Quaker publication to win acclaim, influence and notoriety outside the Society in the last hundred years, was pretty much disowned by Sufferings, as deviating from traditional Christian teaching.Â  David is clear that sometimes we ducked the challenges, and we need to remember these times too.

For what itâ€™s worth, where I know the story from my own experience, Davidâ€™s facts are sound and his judgements fair.Â  Heâ€™s gentle with those hostile to change, where another author might have exposed some of the stranger accusations thrown around Quakerism over the years.Â  And I enjoyed learning more about how the different ebbs and flows of this story intercepted with broader Quaker life.

It has been an extraordinary fifty years. Wolfenden, decriminalisation, Gay Lib, HIV-AIDs, and Section 28 are matched with Quaker publications, conferences, organisations, and the Swathmore Lecture, a Minority of One.Â Â  1994-1995 saw the new Faith and Practice, This we can say, and the first stirrings to celebrate same sex relationships in our meetings â€˜officiallyâ€™.Â  It also represented my own appearance on the Quaker scene.

From that point on, I spent several years wrestling with a paradox.Â  Many Friends were openly gay, lesbian or bisexual, or friendly towards them.Â  People who didnâ€™t know much about it, tried to understand.Â  Meetings were quietly welcoming.Â  We were not like most other churches.Â  And yet meetings seemed curiously inert when faced with the great social cause of making LGBT life outside the meeting house better.Â  For example, to note that a self proclaimed prophetic organisation committed to equality, with a love of freedom of thought and of education and protecting the young, full of teachers, had said practically nothing about Section 28 or the age of consent, was shameful.Â  And a great ecumenical Friend offered the view that Quakers should say nothing at all about LGBT equality in the ecumenical movementâ€¦

I believe that until recently Friends had made a trade off.Â  Same sex relationships were seen as a pastoral issue, with much emphasis on welcoming non straight people in our meetings without too much division.Â  Consciously or otherwise, there was a trade off.Â  Non straight Friends did not push meetings hard to be vocal.Â  All of us colluded to keep the issue a pastoral one, for peace and quiet in our meetings.Â  I wonder if it felt easier for Friends to work on AIDS, compassion for the ill and dying, than on resisting a brutal political attack on brave teachers and gay teenagers.Â  The sociology of when Friends stay quiet would be fascinating.

The story of Quakers and homosexuality is, often, one of small groups doing the hard bit, of official caution, of weighty Friends discouraging one from going on too much [â€˜although I am sympatheticâ€™] and, in the immortal words of a Friend in my first meeting â€œThings can take a long timeâ€.Â  But we should always say that Quaker quiet acceptance was valuable, for me lifesaving, and should not be lost in the clamour of social concerns.

The new century saw a more outward looking approach.Â  Quakers welcomed civil partnerships, but their secular nature stirred a holy disquiet. This led to York, which the book blurb describes as joyful and profound.Â  And, contrary to the opinion of many, York is not the end.Â  Same sex marriage is stirring up strong forces, who will do all they can to prevent it.Â  Section 28 is repealed but many schools are paralysed with fear.Â  And there is a story to tell, to other churches, to the millions who have lost faith because of prejudice, and abroad, where in some countries it is still 1950, in some 1850, and in some about 50 BC.

David celebrates much but his tale throws down a challenge.Â  We have only â€˜pushed at the frontierâ€™ sometimes. Â Â Sometimes we have played a part in social change, even if only being a home for those willing to voyage out into the battle. Â Sometimes we were led by the Spirit and led opinion too. Sometimes, we have sat on the sidelines by choice, or we have not found the words to engage with the struggle of the day. Â Â At York we found unity, a voice, and a cause.Â  We shall see how the next fifty years judges us, or indeed, the next five.

Pushing at the frontiers of change is available from the bookshop at the Quaker Centre in London priced Â£6 for the paper copy and Â£3.50 for kindle and ipad versions. 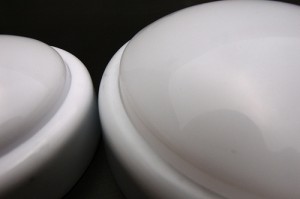