Sixteen-year-olds are too young to drive a car, buy a drink in the pub, or place a bet in Britain. Â They are too young to have civil contracts enforced against them. They cannot vote. Yet they are old enough to join the army where, in the event of hostilities, they may become a legitimate target, even while not serving in the front line.

The next Armed Forces Bill, announced in the Queens Speech, is where the coalition will implement proposals relating to its â€˜military covenantâ€™ â€“ the â€œcontractâ€ between the nation and its armed forces. There are plans to increase leave, create provisions to help families of soldiers, and give war veterans more support. The gaping hole in those plans is the nature of the legal agreement affecting under eighteens in the armed forces. It is not too late to give them the protection that they richly deserve.

Under the terms of the Bills of Rights 1689 the Crown cannot maintain a standing army in peace without the explicit approval of the House of Commons. It does that by voting each year the exact figures of servicemen and women that the three armed forces can maintain. But the armed forces also operate under a separate and distinct legal framework â€“ military discipline. To maintain this separate jurisdiction, the government must obtain the consent of Parliament by re-enacting the Armed Forces Act every five years. This also provides an opportunity to amend and update the law relating to military discipline and other matters concerning the armed forces.

With the exception of Russia, and apprentices in Ireland, the British Army is unique in Europe in recruiting at the age of 16. Of 14,185 recruits into the army last year, 3,630 or over 25%, joined under the age of 18. Those who join the army at this age are required to make a longer commitment than those joining as adults. Sixteen year olds joining the army are required to serve for six years, while 18 year olds commit themselves to four years. After a six month â€˜cooling-offâ€™ period there is no right to leave. While â€˜unhappy minorsâ€™ may leave at the discretion of their commanding officer, the fact that there is no discharge as of right leaves them uniquely open to bullying.Â

The current regime in the army is unlike any other apprenticeship. A breach of army discipline may lead to a criminal prosecution. Those joining the army at the age of 16 often come from the poorest and least educated backgrounds. Some have reading ages of a child of half that age. They lack the confidence to seek a change in their career in the same way as those training for professions. The nature of their legal status â€“ it is not a contract – makes that worse.

The army isÂ in loco parentisÂ to its under 18 year olds. Its responsibility is that of a parent to a child with the particular abilities and characteristics of the individual recruit. During the period 1995 to 2002 four young soldiers died at the Princess Royal Barracks alone. Two of them were seventeen. During this time there were 59 incidents of self-harm. The situation is made worse by the lack of clarity of the legal commitment of those young people concerned. In enlisting in the army they become liable to military discipline under subsidiary legislation made under the Army Act 1955. But how many semi-literate teenagers read subsidiary legislation?Â 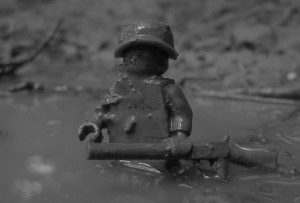 Bullying in the army should be as unacceptable as any intimidation in civilian life. Being locked into a six year commitment makes the impact of bullying potentially more serious and if it happens harder to escape from. As long as we have recruitment at the age of 16, only a wider discharge as of right would provide an adequate safeguard by ensuring that young people could not be compelled to remain in such a situation against their will.

The forthcoming Army Bill offers the new Liberal Democrat and Conservative coalition the opportunity of righting these wrongs. Under the UN Convention on the Rights of the Child, the UK is obliged to pay attention to the best interests of a young person. Present practice subordinates the interests of the child to administrative convenience and military effectiveness. By setting the age of enlistment at 18 the UK government would ensure both a consistent attitude to the age of adult responsibility and follow best practice in the European Union. It would enable the UK government to implement the recommendations of Parliament`s Joint Committee on Human Rights.Â

The bill is traditionally examined by a select committee set up for that particular purpose (see here for example).Â This is an opportunity for those with concerns to lobby for change.

Michael Bartlet is Parliamentary Liaison Secretary for Quakers in BritainÂ and a co-author of Nonsense on Stilts ? A Quaker view of human rights.

This article was first published on the OpenDemocracy websiteÂ in July 2010.