A man appeared in court last month in connection with a fire that gutted Gloucester Friendsâ€™ meeting house. The fire, on 12/09/2012, caused substantial damage and has forced Gloucester Quakers to find new premises to meet for worship in.

James Bryan, 23, from Gloucester entered no plea when he first appeared in court.

The accompanying photo of Gloucester Friends Meeting House is courtesy of John Hall’s collection of meeting house photos at www.flickr.com/photos/qmh. 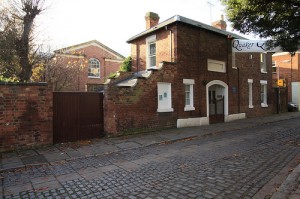