Last weekend at Woodbrooke was billed as a ‘threshing event’, exploring the potential for a renewal of the Religious Society of Friends for the 21st Century. It is an initiative of Britain Yearly Meeting’ recording clerk, Paul Parker. Paul has been visiting Meetings throughout the country, gathering a sense of new confidence and outspokenness among Friends, which he sees as the stirrings of a new period of growth and revitalisation (see my recent post about his talk to Meetings here).

Judging by the weekend, there are certainly plenty of enthusiastic and optimistic Friends around. Woodbrooke was booked out, with a waiting list of people who failed to get a place. The event took the form of fairly short contributions from four speakers (Paul Parker, Felicity Kaal, John Marsh and Oliver Robertson) followed by lots of discussion in small groups, and was facilitated by Paul Parker and Helen Rowlands.

I have had a sense for some time that the Quaker Way has the potential to speak to the needs of very large numbers of people, so it was a pleasure to be in a group of Friends with a clear sense of the possibility of growth and renewal. The final epistle recorded that ‘we discern a growing confidence within the Religious Society of Friends that our experience-based religion is increasingly what many people are looking for. Growing numbers of people have rejected all claims to absolute truth, but are hungry for a path of personal and social transformation. This could be a “transition moment” for British Quakers, as we discover a new radicalism in response to turbulent times.’ It also notes that ‘at the end of the seventeenth Century, Quakers made up one per cent of the British population – the equivalent of 600,000 members today. We are convinced that the UK would be a better place with 600,000 Quakers in it.’

There are good reasons for taking the potential for significant growth seriously. I spoke to Geoffrey Durham during the weekend about his professionally-conducted market research into public attitudes to Quakers, which suggested that there are already several hundred thousand people in Britain who are attracted by the idea of a non-creedal, experience-based, socially-active religious community, without knowing where to look for it. Recent publicity around Quaker support for same-sex marriages and the Occupy movement have also generated upsurges in interest through the BYM website and in many local Meetings.

British Quakers appear to be in the middle of a major cultural shift, perhaps on the same scale as previous ‘transition moments’ from prophetic to quietist, evangelical and liberal eras. It has been one of the ‘dogmas’ of Quaker culture throughout the twentieth century that we ‘let our lives speak’ exclusively through our actions, rather than telling anyone explicitly about the Quaker Way, and that ‘people will find us when they are ready’. One Friend at Woodbrooke spoke of the ‘culture of hidden-ness’ that has governed Quakers for a century, and that is only recently being challenged, primarily through the impact of Quaker Quest over the last decade.

As Friends have started to find a voice to share their spiritual experience with newcomers and with each other, many Meetings (including my own in central Sheffield) have experienced a deeper sense of relationship and spiritual depth. More vibrant Meetings in turn become more attractive to newcomers, which has led to many Meetings of all sizes, throughout the country, receiving many new attenders along with a renewed sense of vitality. At the same time, there are clearly still a large number of Meetings, especially in small and remote communities, with aging and dwindling memberships. Many Friends in these Meetings are struggling under a burden of Quaker roles and structures, as well as responsibility for maintaining historic premises, that often consumes all of their time and energy.

There was a recognition at the ‘Whoosh’ event that this experience of struggling and over-burdened Meetings, with the negative and fearful outlook that they almost inevitably fall into, is a significant obstacle for Quakers in Britain as a whole. The epistle called for all Friends to ‘be more rigorous in testing what we gain from our Quaker roles, being ready to spring-clean our structures when they are not helping us’. We also discussed ways of being more experimental with our forms of worship and business, including exploring the potential of residential weekends and evening Meetings for Worship.

One of the more surprising messages to come from the ‘Whoosh’ event was the clear sense of our need to nurture leadership within the Religious Society of Friends – including prophetic voices, spiritual guides and a confident ‘teaching ministry’, in order to support all of us in ‘continuous spiritual development’ throughout our lives. Many ‘Whoosh’ participants were clear that we need to be doing far more for the spiritual preparation, nurture and development of all of our members and attenders, including a greater attention to preparation for membership, intervisitation, and travelling in the ministry. This is another area that has been a huge taboo for liberal Quakers, who have generally insisted that Quakerism is ‘caught not taught’, and resisted any suggestion of leadership as an offence against the principle of ‘equality’.

It is interesting to note the parallels between this vision of renewal and the ‘convergent Quakerism’ that has appeared in the USA over the last few years. Convergent Quakerism has been partly a process of mutual learning between liberal and evangelical branches of American Friends, and has been initiated largely online by Quaker bloggers, especially at QuakerQuaker (which features the marvellous strapline ‘Primitive Christianity Revived, Again’). Both British and American movements, though, are based on a rediscovery of traditional Quaker spiritual disciplines, coupled with an outspoken witness to the outside world.

As Geoffrey Durham said during the weekend, ‘for a very long time Quakers have only ever talked to each other’. It seems that this is finally starting to change. Undoubtedly this process of turning outwards towards the world will provoke considerable resistance. I am imagining many ‘Whoosh’ participants going back enthusiastically to their local Meetings, only to be met with stern disapproval. We were also reminded at the weekend to be ‘tender and patient’ with Friends in our Meetings who have lived their commitment to Quakerism quietly and faithfully over many years, and who may find all this new enthusiasm for outreach and experimentation painfully ‘unquakerly’.

Nevertheless, there are signs that the Spirit, that ‘blows where it will’, is once again moving British Friends in a new direction, responding to the needs of the world in turbulent times. I hope that we can be open enough to listen to its call, and and courageous enough to follow it.

Craig blogs at http://transitionquaker.blogspot.co.uk. Listen to Paul Parker talking about Whoosh in the 13th Nayler podcast. 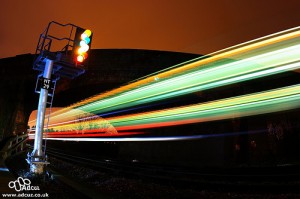 7 thoughts on “‘Whoosh!’ – is British Quakerism ready to take off?”